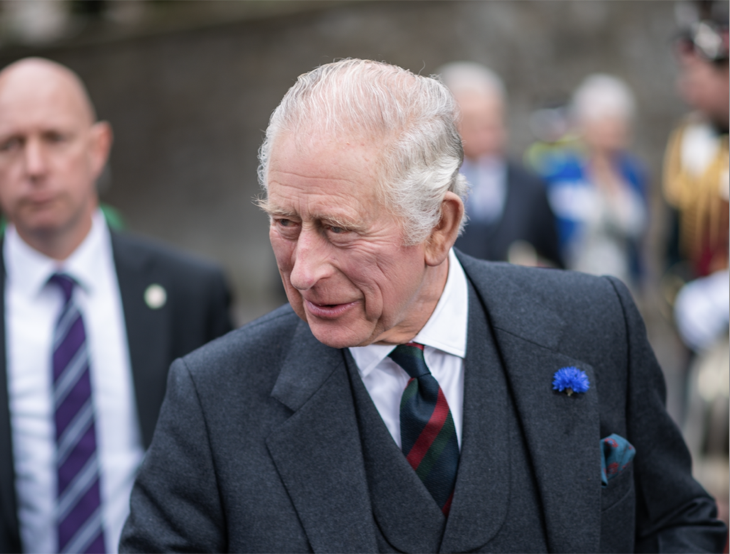 King Charles spent a sad weekend as he had to lead his family for the first time to the cenotaph to lay their wreaths to honor the veterans. Recall, that was where Prince Harry was not able to salute Queen Elizabeth during her funeral procession as he was barred from wearing a uniform. Well, the next day, was the 74th birthday of Charles. And now, a lovely photo emerged that revealed something about the former monarch and her son that touches people’s hearts.

King Charles Will Remember His Mom On His Birthday

Queen Elizabeth had a tradition that she was particularly fond of. So to honor her, her eldest son kept it going after her death. Every morning, a piper plays the pipes and now that will continue. Actually, every royal family member who hears the piper in the morning will probably recall the former monarch. Many people liked that the family remembers the gracious old lady who ruled the country for longer than most people have been alive.

King Charles is not a spring chicken and he’s 74 years old now. When he arrived, his mom was still young, and she seemed enchanted with her husband, Prince Phillip. Back then, he was a handsome man with a big rakish smile. However, for the majority of living people in the UK, and certainly in the USA, the new King and his mom have always seemed quite old. So, it was a treat to see a photo of the monarch as a baby with his pretty mother watching over him.

King Charles Was A Cute Little Baby In 1948

The second world war had ended and the whole world was changing when Queen Elizabeth birthed her first child. At the time, she had not yet assumed the throne, so she didn’t have as many engagements to keep her away from her son. Just like any mom, she was thrilled with her baby boy. When Twitter user@CountessCommon1 shared an old photo, it revealed what the future monarch said to a friend.

King Charles might not look adorable now, but when he was born, he did. His mom wrote, “Don’t you think he’s quite adorable? I still can’t believe he’s mine.”  Well, those folks who saw the photo thought that Queen Elizabeth looked quite adorable as well. Few people know all that much about the earlier life of the monarch. So one royal family fan wrote, “Oh, that’s lovely. We have heard so little of HMTQ’s feelings. This one, as an excited, thrilled, first time mother, thrilled with her baby is wonderful.”

Another follower who liked the photo of the infant King Charles said, “Well that brought the tears on, it’s a gorgeous photo of Queen Elizabeth gazing at King Charles 🥰.”

Of course, that started the ball rolling early in the morning on the day of the birthday. Folks started sending in their best wishes for a nice day.

The Bold and the Beautiful Spoilers: Taylor Reveals Voice App Secret To Ridge?