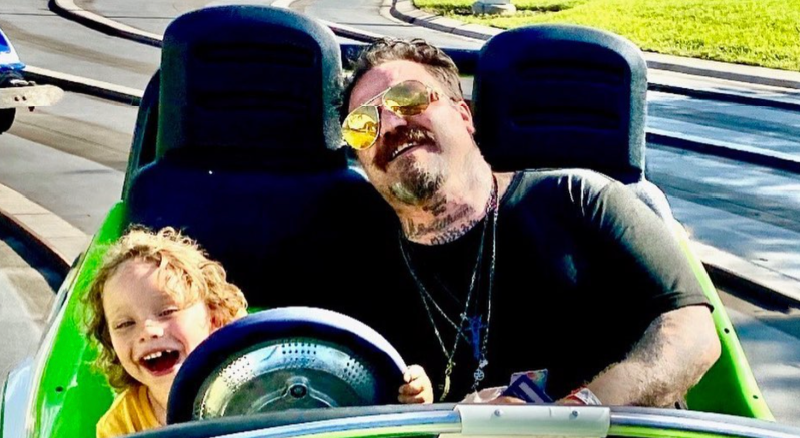 Bam Margera, best known for his performances in MTV’s Jackass, disappeared from rehab and the cops wanted to know where he was. After all, he was there under a court order and couldn’t just wander off any time he felt like it. Well, he has been found, and apparently, his rehab failed miserably.

The news that the reality TV prankster and filmmaker disappeared came in mid-June. Apparently, he really didn’t like the place, so he took off. Obviously, his family felt very concerned as he’s done treatment for substance abuse in the past. Recall, he took a bad fall while skateboarding and it seemed cool that he wouldn’t take painkillers for his hand injury. Allegedly, it happened after an AA Meeting. Well, it turns out that what happened after he fled from the rehab facility wasn’t so cool.

Bam Margera was reported as really upset after he went into rehab again. Apparently, he and his estranged wife  Nikki work on a custody agreement. However, when he entered the facility, he didn’t see her or his son, Phoenix Wolf. At the time she and Phoenix were away in California while he underwent his treatment in Florida. Now that he’s been located, clearly, he wasn’t looking to hook up with the kid.

Bam Margera Was Located But He Partied Hard

TMZ followed the saga of the Jackass star acting like one since he fled the facility. However, the good news arrived that late in June, he was found ” at a hotel in Deerfield Beach, FL.” Apparently, his mom and dad entered into a crisis intervention effort to convince him to get help. So, the outcome seemed good as he agreed to enter another rehab facility. At the time, the outlet reported that he just missed seeing his kid but the family won’t allow that until he gets treatment completed.

More updates from the outlet revealed that whilst he was away from rehab, all good intentions were dumped in the bin. In fact, video footage emerged that revealed he partied hard. Bam Margera apparently visited a strip club, but didn’t allow any intimate touching. Later, he ended up at a friend’s place where footage shows that he may have passed out. Actually, he looked really wasted.

Bam Margera seems like a very sad situation, fans agree. In the comments on YouTUbe, user JL noted, “This is really sad. He had the chance to get healthy. At this rate, there will soon be a report he isn’t here anymore. Many people would be so thankful for the support and rehabilitation he has at his disposal.”

Meanwhile, AC_is_BAD wrote, “I’m not gonna lie but I teared up when I seen Bam laying there like a corpse. This man was my idol growing up and now I feel like he’s going to die soon. This hurts.”

Be sure to catch up on everything happening with Bam Margera. Come back here often for Celebrity news and updates.

Can Prince Harry & Meghan Markle Whitewash Path To US Presidency For Duchess of Sussex? – ‘Megaliar Has Left a Wake Behind Her That NOBODY Could Clean Up,’ Says Royal Fan